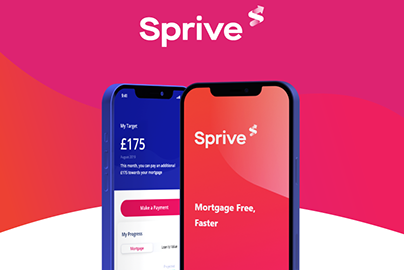 Nationwide customers can now pay off their mortgage faster with Sprive

Sprive, the app which helps homeowners pay off their mortgage faster, has added Nationwide Building Society to the list of lenders it can now support.

This now brings the list of mortgage lenders they support to 11, which includes the likes of Barclays, Halifax, Lloyds, Natwest and Santander.

“With Nationwide being one of the largest mortgage lenders here in the UK, we’re excited that we can now help approximately 8 million homeowners on their journey towards living a mortgage-free, life,” said Sprive founder-managing director Jinesh Vohra.

Nationwide’s total gross lending stands at £27.5bn gross lending, with 13.5% of homeowners having mortgages with the lender.

Since publicly launching in October 2021, Sprive has welcomed thousands of people across the country and now supports over £300m worth of mortgages from an overpayments.

Its smart-technology app, which can be downloaded free on an iPhone or an Android smartphone, helps its users automatically set aside spare cash based on their spending by linking their bank account, and allows them to make hassle–free payments to their lender with just one tap.

Vohra, a former executive director of Goldman Sachs, launched Sprive after paying off his own mortgage inspired him to build technology that would help others to do the same.

He said: “With millions expected to have a mortgage past retirement, we want to help people avoid financial stress later in life, whilst helping them thousands of pounds in interest along the way. Becoming debt free, should just be for the super-rich and you’ll be amazed the impact an extra £3 a day can have on your mortgage.”

“Overpayments can be confusing and with Sprive, not only do we help guide users through the process, but we also use smart technology to help them get towards becoming mortgage-free, faster.”

Before you start overpaying on your mortgage, it is important to make sure you have sufficient emergency funds – and check that you have paid off more expensive debts first. But for those who can, the target of being mortgage-free is worth aiming for.

So what prospects are facing the UK housing market in 2022?

Because of a shortage of homes in cities such as London, Leeds, Birmingham and Manchester, Vohra expects property values to keep on increasing, especially with Birmingham hosting the Commonwealth Games.

“However, prices rises will not be as dramatic as in 2021, which was boosted by stamp duty relief. Covid uncertainty and interest rate rises should dampen house prices from rising too much.

“With interest rates on the rise over the next couple of years, I’m anticipating that more savvy homeowners will want to pay off their mortgage faster while they can. I wouldn’t be surprised if more people are looking to get fixed mortgages given interest rates are expected to rise over the long run. “

He added: “We will continue to see the trend where first-time buyers borrow for longer so they can afford their monthly mortgage payments. Sadly, 40-year mortgages are becoming the new norm.”