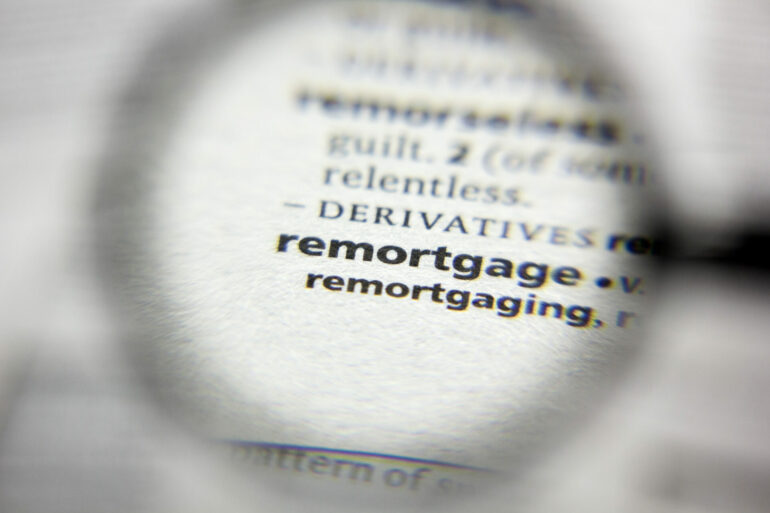 Remortgaging is a standard part of mortgage brokers’ business with clients well aware of the need to switch their loan for a more competitive deal as fixed rate offers end.

Such is the popularity of this type of transaction that most recent Financial Conduct Authority mortgage market data shows remortgaging accounted for nearly 29% of all lending in the first three months of this year while Bank of England figures for May show around 47,800 homeowners switched to new lenders.

With the latest Bank of England base rate rise to 1.25% remortgaging – especially to longer term fixed rate deals – is likely to remain firmly on the agenda as homeowners look to manage their outgoings.

While perhaps less recognised by the wider market, remortgaging has also always been a core part of specialist equity release adviser’s businesses too!  Far from being a one-off transaction, advisers have continued to engage with customers throughout the life of their loan as a matter of course.

With increased product flexibility, historically low rates, and greater acceptance of using housing equity in retirement, this activity is slowly moving up the media agenda and as an industry, we have started to track these transactions.

House price increases have also contributed to the growth in this market with existing customers realising that remortgaging is not only about reducing rates but could also provide the opportunity to raise additional capital which is particularly relevant for some customers as the cost-of-living crisis hits finances.

Key analysis suggests that in the first three months of this year around 1,789 remortgaging cases were transacted across the market compared with 1,005 in the same period of 2021. That’s a 78% year on year increase and clearly highlights both the adviser and customer appetite for this option.

The average customer changing plans moved from an initial interest rate of 5% to a new rate of 4.1% and, our Q1 Equity Release Market Monitor shows, they switched a balance of £121,073 to the lower rate. That equates to a saving in interest of £30,000 over a 15-year period for the customer.

Remortgaging was so popular in the first three months of the year that it accounted for 25% of all equity released for the purpose of debt management. Of course, it is worth putting that in context – the market as a whole hit a new high in the first three months of this year with plan sales hitting 12,551 and the value of new equity released rising to £1.399 billion.

The products have changed

Equity release customers have a wide range of products to choose from – the market offered 1,557 plans in the first three months of this year which is three times higher than a year ago.

Fixed ERCs provide certainty for customers and while variable options do offer some advantages in certain market conditions, they do mean that until a redemption statement is obtained it can be harder to ascertain how much a person will need to repay.

Products with fixed ERC’s now make up 64% of the market while those which offer customers the choice between variable and fixed make up 23%.

The recent advent of the 5th Equity Release Council product standard which guarantees new customers the option to make fee free ad hoc payments within a lender’s guidelines was also a boon for customers as it allows them to better manage their borrowing.

Nearly two out of three (62%) products also allow customers to service interest on an ongoing basis and others offer inheritance protection and downsizing protection showing the market is not just about rates.

Higher LTV products are being launched such as Standard Life Home Finance’s Horizon range offering LTVs up to 56% underlining how property wealth is firmly part of retirement planning.

Average equity release interest rates remained low at around 3.35% in the first quarter of the year. However, the market is starting to see the effect of base rate rises as the average rate in the last three months of 2021 was just 2.84%.

It remains the case that rates across the market compare favourably with historic average – for example three years ago average rates were 4.33% indicating that there is still much scope for remortgaging in the years ahead.

While arguably remortgaging may slow down as rates rise, the steady increase in house prices and the increased flexibility of these products is likely to continue to encourage people to consider their options.

Much like a traditional mortgage, not everyone is in the position that a switch is possible or advisable, but many are, and advisers are increasingly aware of the option.

Here at Key, we review our customer’s plans regularly and if we think they would benefit from remortgaging their existing plan, we will get in touch. Across the market as a whole more advisers are doing the same.

Will Hale is CEO at Key Later Life Finance