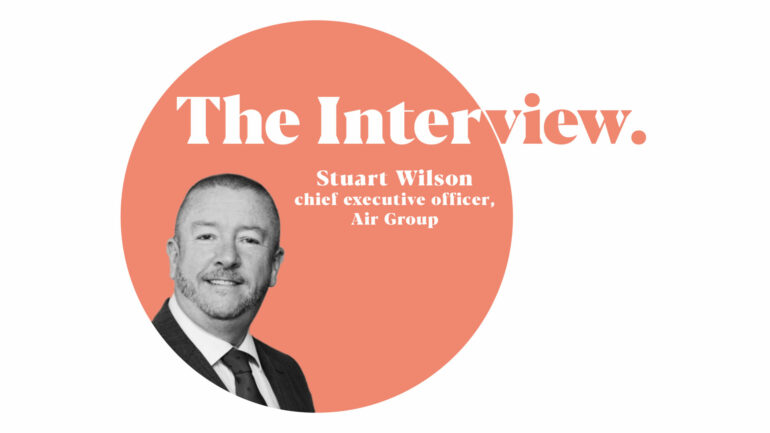 In the latest of our series of interviews with key industry figures, The I spoke to Stuart Wilson, chief executive officer at Air Group to find out how the group is offering support to later life advisers and preparing for significant market growth.

Air Group seems to have a variety of different offerings and regularly does deals with well-known brands.  What type of services can the typical customer access?

Air Group has a diverse offering, consisting of three core business strands: Air Club, Air Sourcing, and Air Academy. Members of the Air Mortgage Club can tap into the very best product terms and commission, all by choosing us as their submission route when they apply for a product.

Our Air Sourcing app has also helped over 42,000 cases complete with advisers finding the most suitable products for their clients in a quick and timely fashion.

Meanwhile, Air Academy is our educational offering. It offers an accredited online training programme for later life advisers, designed to help them develop and enhance their later life advice skills.

We also provide a range of other helpful content and support for the continuous professional development of our members. For example, we provide a constant stream of webinars, including my own “Breakfast with Stuart” event, which runs once a month and invites our members to join me for an informal chat on all the latest from providers and solicitors, as well as discussion on the latest issues affecting the industry.

Some advisers suggest that the lack of sourcing systems which easily cover the entire later life lending market are hampering its growth. Given Air Sourcing’s prominence, what are your views?

The advice journey starts with customers having a problem that they need to solve. Whether the answer is called a retirement interest-only mortgage, equity release plan or later life mortgage, is generally not something they are particularly worried about – it is more about the features, fees and eventual outcome.

However, in the market at the moment, we’ve got many sourcing systems that don’t provide coverage of all the potential options which makes it more of a challenge.  Advisers are right to expect more and at Air Group, we are always developing new ways to make that process easier for advisers.

A perfect example of this is the recent integration of the Just API link into our Air Sourcing Platform which saves advisers time on data entry and offering a more secure solution than sharing personal data on email.  However, that is only one small step and there is a huge mountain to climb.

Last year, you suggested that we needed to rebrand, re-educate and re-engage in order to set the later life lending sector up for growth.  How is this developing?  What has the feedback been?

Back in 2021, we launched the first Air Club Later Life Lending Census to help us understand what barriers there were to adviser engagement, and to devise a proactive response to overcome them.

The reception couldn’t have been clearer. When people spoke about later life lending, there was a significant focus on equity release as the single solution available – which is simply untrue.

The siloed nature of the sector means not all advisers are able to advise on all options, which can create issues in terms of the outcomes that consumers get. While increasing numbers of people are now aware of the breadth of the later life lending market due to work from a variety of brands which are active in the market, there is still much more to do.

AIR Group is hosting the National Later Life Adviser Conference in June and you’ve suggested that you will talk about your new market positioning.  Is there anything you can tell the Intermediaries readers ahead of time?

A huge amount of hard work has gone into this so while I would really like to tell you exactly what is going on, I’m going to wait.  What I can say is that we’ve stayed true to our brand and really focused on what advisers are telling us.

You regularly champion the smaller equity release adviser and talk about some of the concerns facing this part of the market.  What has been front of mind in 2022?

After two-years of adapting to providing advice during a pandemic, things are starting to ease up and advisers are really keen to use the lessons they learned to build and grow their businesses.

Challenges such as the impact of the new Consumer Duty and the relatively short timeline for implementation as well as the increased focus on how to support vulnerable customers is also a consideration.

With the record volumes recorded in Q1 2022, providers are incredibly busy and it is taking longer to get the more complex cases through the system so that is a frustration but one that is hopefully short-term as internal teams grow.

The equity release market has been on the verge of significant growth for almost 10-years, do you think that with the last few quarters breaking records, this might become a reality?

We’ve been talking about the demographic factors that will drive the market for as long as I’ve been part of this sector and we’ve still grown fairly modestly.

That said, I do think that as more people understand the benefits of using housing equity in retirement, we will start to see the dial move.

However, we will also need to deal with the ‘advice gap’ and while many advisers are already delivering a fantastic service which supports the growth of the market, we need more resources and training for these advisers.

While I am positive, I do think that perhaps we need to temper this optimism by recognising the wider factors such as interest rates, inflation and the ongoing political turmoil in the UK and beyond.  We can’t control these factors but they will have an impact on how the market develops over the next few years.

If you had the opportunity to sit down with the regulator for an informal chat, what is the one thing that you really want them to realise?

I would ask the regulator to consider how all the regimes that cover later life lending work together to provide the best possible real-world outcomes for customers.

Currently, we’ve got some advisers who only consider retirement interest only mortgages while others focus on equity release – we need to level that playing field.

Part of this is also highlighting that equity release is not a product of last resort and that all options should be discussed with the customers.