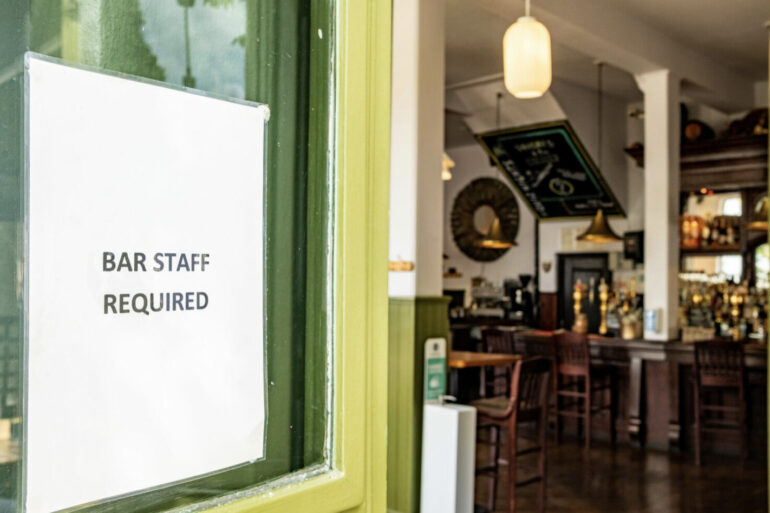 Nearly a third of 18 to 35 year olds have been forced to take on an additional job as the cost of living crisis deepens, making home ownership out of reach for an increasing number of people, a recent survey by KIS Finance has revealed.

This is a marked increase since a survey by KIS Finance earlier this year found that around a quarter of young people had been forced into secondary employment.

With interest rates increasing by a further 0.5% to 1.75%, the biggest increase in 27 years, young people in particular are struggling to get onto the housing ladder.

With the rising cost of mortgages, on top of spiralling fuel and food prices, saving for a deposit and affording the monthly repayments is pushing house ownership out of the reach of many.

Whilst the recent unemployment figures from the ONS show a decrease of 0.2% for the quarter from February to April 2022, this masks the fact that many people are now working more than one job in order to get by.

Young people have been particularly hard hit, as those at the lower end of pay scales are struggling the most to afford everyday bills.

As interest rates impact on disposable income, those working in the retail and hospitality sectors, which contain a predominantly young workforce, may feel further pressure and see additional job losses as a result of the Government’s plans to curb inflation.

With interest rates now at 1.75%, the push to contain consumer spending is likely to exacerbate the economic pain for many. Whilst the aim of increasing interest rates is to reduce spending in the economy, the reality is that it is daily essentials that are coming under pressure, with many having to choose between items such as food or heat.

Further increases in interest rates, predicted to be as high as 3% by the end of the year, will place additional pressures on those already struggling.

As the cost of commercial borrowing also increases, landlords may be forced to raise rents in order to remain viable, causing further pressures and misery for those in the rental market. Increases in rent and mortgage payments could even lead to a housing crisis, as more people fall behind with their payments.

With inflation now at 9.4% (a 40-year high) and predicted to potentially go as high as 15%, the pressures on household budgets are not likely to ease any time soon.

The latest acceleration in inflation has primarily been linked to the rise in the energy price cap in April and the looming further price cap rise in the autumn.  With the ongoing war in Ukraine and the pressure on global fuel and food prices, inflationary pressures will continue to be felt in the UK for some time.

Whilst more young people are taking on additional roles to get by, the ONS has reported an increase in inactivity in the jobs market in the over 50s.

This is reflected by the fact that there are currently over half a million less employees in the workforce than in early 2020. According to The Learning and Work Institute Thinktank, there would actually be 1.25million more people in the job market if pre-pandemic trends had continued.

Although there isn’t one clear reason behind this trend, the pandemic has played a significant role in people re-evaluating their working life and making new lifestyle choices. However, some may be forced to return to the workforce, as the cost-of-living crisis bites even harder in the coming months.

Unemployment figures have also been affected by the decrease in the UK workforce linked to post-Brexit worker rules, with hospitality and nursing some of the hardest hit sectors. There has also been a significant increase in the incidences of long-term sickness taking people out of the workforce, following the pandemic.

Worryingly, the Bank of England is now predicting that the UK will be facing recession in the final quarter of the year.

As trends in the labour market tend to lag behind other economic indicators, we may see a slowing down in the jobs market that could impact on those who are now relying on more than one job to make ends meet.

Holly Andrews, MD at KIS Finance, said: “The news that interest rates have risen to 1.75%, the biggest increase in 27 years, is extremely concerning for those who are already struggling to get by.

“The Government’s approach of increasing interest rates to discourage expenditure is having the effect of putting further pressure on those with variable rate mortgages, who are seeing their monthly outgoings increase on a regular basis. Those in rented accommodation are also being hit, as landlords look to increase rents in line with the increase in their own costs of borrowing.

“With this coming at a time of severe shortages in the housing market, prices are being forced up, making it even harder for first-time buyers to take that step onto the property ladder.

“Meeting mortgage income criteria is also an additional challenge, as an increasing proportion of people’s salary is taken up with other essentials.

“Given the combination of these different pressures, particularly on young people, the challenge of buying a first home seems to sadly be even further out of reach for many.”