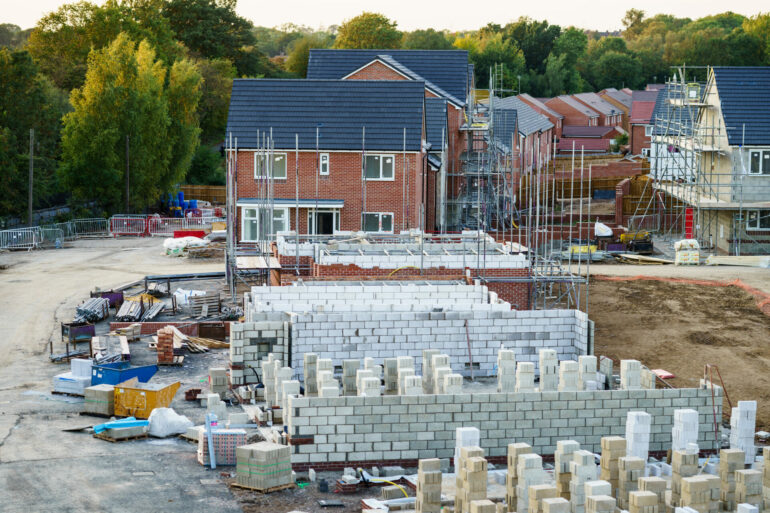 Housing delivery massively out of kilter with homes required – GetAgent

The latest research by estate agent comparison site, GetAgent.co.uk, has revealed just how out of kilter the nation’s housing delivery is, when it comes to the level of homes required in a given area versus the reality of those actually delivered.

GetAgent analysed Government data from the Housing Delivery Test 2021, an annual measurement that highlights the need for housing in a given area. GetAgent then looked at how many additional dwellings have actually been delivered.

The research shows that, on the face of it, the level of additional net dwellings delivered has exceeded the forecasted requirement in recent years. In fact, since 2018/19, Government data suggests that 620,899 additional homes were needed, while 770,056 were delivered – a delivery rate of 124%.

The North West has seen the largest level of over delivery in this time at 175%, followed by the North East 173% and West Midlands (147%).

But while this topline look paints a picture of success, GetAgent’s analysis at a more granular level reveals a market that is massively out of kilter.

For example, since 2018/19 in Oxford, the Government forecast a need for 88 additional dwellings. However, some 1,879 additional net dwellings were delivered – a 2,126% rate of over supply.

In Richmond, additional dwellings delivered equate to 1,620% of the forecasted requirement, with Copeland (931%), Tamworth (471%) and Redcar and Cleveland (453%) also amongst some of the most oversaturated markets.

In contrast, the Government forecast for new homes in Southend has totalled 3,041 since 2018/19. But the 947 additional dwellings delivered equate to just 31% of this requirement.

Eastbourne (32%), Worthing (35%), Epping Forest (35%) and Epsom and Ewell (35%) have also seen some of the lowest levels of additional dwellings delivered versus their forecasted requirement.

Colby Short, co-founder and CEO of GetAgent.co.uk, said: “The nation has been in the grip of a housing crisis for many years now and this grip is only getting tighter, as house prices continue to climb to record highs, while the rate of new homes being delivered remains insufficient.

“Given the Government’s failures in addressing this crisis, it’s hardly surprising that their forecasted housing requirements are reserved, to say the least, and based on these forecasts, the nation is benefiting from a large degree of oversupply.

“However, when you scratch beneath the surface, it’s abundantly clear that the delivery of additional homes from one area to the next is dangerously out of kilter. This is, no doubt, largely down to market manipulation from those who stand to profit from the creation of these additional dwellings.

By allowing housing delivery to be decided by profitability over need, some areas of the property market have been oversaturated by the delivery of new homes, while others rem