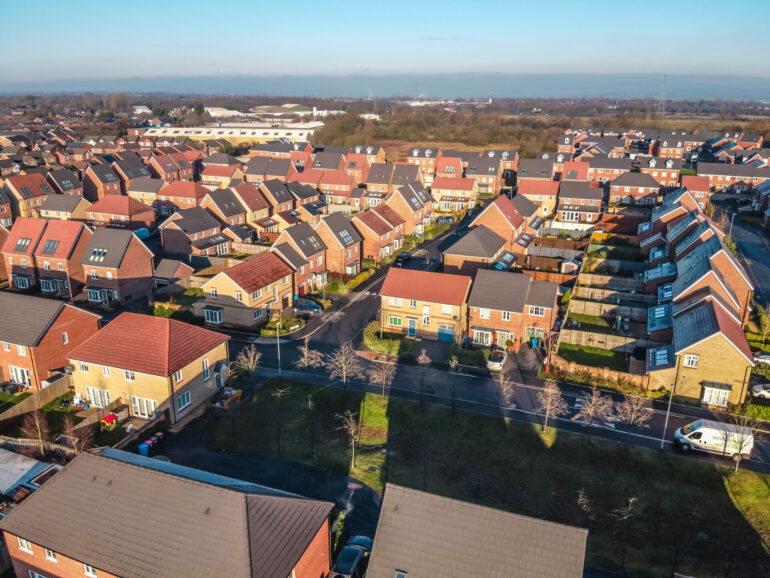 In just over a month, we’ll have a new Prime Minister. One of Rishi Sunak and Liz Truss will be walking through the doors of Number 10 and be tasked with dealing with a very large in-tray.

The document marked ‘UK housing’ is a key one to be getting on with and, for the first time in a generation, perhaps this ‘new’ Government will tackle the supply-side problems which drive our sector, and not merely come up with a series of schemes and measures which simply end up increasing demand even further.

Just recently we sat down together and asked the question, ‘Just what will sort UK housing supply out?’ And to be honest, it was hard to see a way through all the conflicting arguments in order to get to the heart of the issue.

You might well argue that Governments of all colours have paid lip service to the notion of increasing housing supply because when you try to, it comes up against local forces that are often difficult to unpick. Not least of these is the attitude of those already on the ladder, who are doing quite well thank you very much, from the lack of supply in the sector.

We’ve seen a number of articles and economists referring to a ‘house price crash’ recently, but given the ‘set-up’ of our marketplace, and in lieu of any catastrophic drop in lender appetite, it’s difficult to see where this crash might be coming from.

The massive discrepancy between demand and supply doesn’t look like being resolved at any point in the near future.

In fact, it seems like we are falling behind on the existing housing targets, not steadily working towards them. Liz Truss recently called these targets for building ‘Stalinistic’ which perhaps tells you all you need to know about whether the Government’s existing commitment to building 300,000 new homes by the mid-2020s will survive her becoming PM.

There is a lot of politician chatter about deregulation, tax incentives, flexible planning measures, etc, but a lot of this is already in place. And developers often find themselves up against the immoveable object that is local residents who tend to fight tooth and nail against developments which are said to be unfeasible due to a local lack of infrastructure but are as often opposed because they are likely to impact local property prices.

Many would-be homemovers, for example, are looking at the lack of stock, the price of those homes on the market, the cost of remortgaging and/or adding to their loans, the high fees they will pay, not forgetting stamp duty and the sheer cost of moving, and they are deciding that staying where they are is not a bad ‘move’ at the moment.

Plus of course the effective deconstruction of ‘work’ for many people, where they are allowed to work from home, means there is less of a necessity to ‘move for work’ and therefore they can stay where they are, with perhaps some renovation or development to make the house space better for both personal and work activities. Hence the increase in remortgage/further advance/other finance activity to fund this. That, we suspect, will continue to drive the market.

However, in particular we shouldn’t underestimate the impact of rising mortgage rates on activity levels. The cost of funds for lenders has undoubtedly risen.

We know about Bank Base Rate, but that tends to have little impact on product pricing apart from variables and SVRs, but there is also the steep rise we’ve seen in swap rates over the last six months, although this appears to have stabilised at the moment.

Swap rates are of great importance, even for those who might traditionally fund from deposit sheets and savings, as well as those who rely on the capital markets for their funding.

We were talking to the ex-employee of one of the UK’s largest banks recently, and he was highlighting how different the situation for many banks is now in terms of their available funding. With Russian money disappearing and those who might have saved through the pandemic now accessing those savings in significant numbers in order to deal with the cost of living crisis, there is a lot less liquidity to play with in the mortgage space.

Hence balance sheet lenders also going to the capital markets for their money, which means they have to charge more than they pay for their money, hence the further shift up in mortgage rates. You don’t lend at less than you paid for it, as the old adage goes.

So, the slowdown in activity is happening, and there will be a large number of lenders who might welcome that slowdown particularly over the summer, while they try to get their own service ‘homes’ in order and work through the cases they already have in their pipeline.

However, demand is still strong, and again judging by the comments being made by our would-be Prime Ministers, this next Government iteration is unlikely to hold back on its support for the market, particularly first-time buyers.

Whether there is a similar focus on supply remains to be seen, but it appears unlikely, and therefore house prices will remain strong, allowing homeowners to access equity, and for remortgaging/PT activity to remain positive.

And, when product rates do inevitably begin to fall back, this will also act as a catalyst for those homemovers who might have put their plans on hold. Demand for purchasing will rise again, and the cycle is likely to continue. And we haven’t even mentioned the scrapping of the affordability stress test rules which lenders can jettison from the start of August. We could continue but that’s enough for now.

Rory Joseph is director and Sebastian Murphy is head of mortgage finance at JLM Mortgage Services, the mortgage and protection network